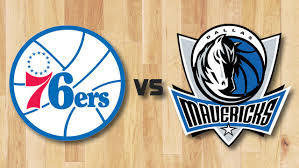 It seems that virtually every sport under the sun is in full swing. This time of the year is special because it features NBA, NHL, NCAAF, and NFL competitions each day and weekend. Not to mention that NCAAB is just about to tip off!

This week inside NCAAF, we are privileged with numerous of quality match-ups. PENN STATE @ OHIO STATE, NC STATE @ NOTRE DAME, WASH STATE @ ZONA, and so on. With prime-time match-ups along with others, an important factor to keep in mind is who or who’s not accustom to the spotlight. As for me, I decided to take the road favorite (very rare for me) in TCU (-7) against the Cyclones of Iowa State. I believe that the Cyclones will not be able to handle the weight of being placed in the Top 25 as of this week and having the bright lights beamed over Ames, IA. Next week when making your NCAAF and NFL plays, take a peek at weather forecasts for competitions you like. This may sway you to think twice about your decision(s) and/or compel you take a glance at the O/U totals. It is never a bad idea to take UNDERS in football contests when weather conditions are not ideal for the players (i.e. rain, snow, ect.).

As for your NBA and NCAAB plays, weather is never a factor in terms of game outcomes. Today, the 76ers are visiting the Mavericks in Dallas. Philadelphia is a 1.5 road favorite. Both teams have only one win on the season. Also, the 76ers might be without their 3-point specialist (J.J. Redick – Questionable). The 76ers have also listed Markelle Fultz (G) and Jahlil Okafor (C) as OUT for tonight’s match-up. I like the Mavericks in this game straight up. Bet on the Mavericks tonight on the money-line! Another very powerful tool I have taken advantage of is a site titled: WIZARD OF ODDS. This site provides you with tips and analytical trends and past statistics.

Food for thought: I know that it is very early in the season, however after watching ESPN the other night, I noticed that the “Dukies” (NCAAB) barely squeaked out a win against a DII opponent in their opening exhibition game. I understand that this was their first game and that they will improve as the season goes along. Nonetheless, look to make a play against Duke in the near future against an actual DI opponent. Let’s not forget, Duke is notorious for getting upset not only against the spread, but outright as well! (Duke vs. Lehigh – 2012, and Duke vs. Mercer – 2014).

With the 2017-18 NBA in full swing, we are starting to get a good idea of what this years teams are made of. Some questions to ponder and keep tabs on: Are the Warriors down this year? Were the 76ers overrated this preseason? Were the Cavaliers trades worth their while? Are the Celtics going to flop without Gordon Hayward? Will the Thunder’s Big 3 live up to the hype? Are the Grizzlies a team to take seriously in the West?

Covers.com is a excellent source (taking a backseat to my blog, of course) to gain knowledgeable insight for betting tips and which lines to keep an eye on. Covers has been a tool that I have utilized as of late. This site shows you where the majority of bets are leaning towards. Not to mention, proving you with all the scores from every sport that one could ask for.

To this point, I have discussed a lot pertaining to the MLB and NFL. This, in part, is due to the fact that these were/are the sports that are currently in season. However, I would like to write about the NBA and some tips for making your plays on this particular sport. The tips are as follow:

49ERS @ REDSKINS (-10) – I like the Redskins to cover in this match-up. The Redskins are coming off their bye and look like a team that is heading in the right direction. Also, remember my post from 9/30 titled: Don’t be a lazy Bettor, I detail how a team traveling from West Coast to East Coast offers a significant disadvantage. This travel takes a toll on these players bodies. Look for Kirk Cousins and the ‘Skins to win 31 – 13. (PICK = REDSKINS)

PATRIOTS @ JETS (+9.5) – I love picking dogs that are at home in divisional rivalries. The Jets are looking much better than anyone could have foreseen. I mean come on, the Jets’ preseason season win total O/U was set at 2.5. It goes without saying that the Patriots have been bullying the Jets for over a decade now. Look for the Jets to seek out some revenge and just fall short to the Pats 27 – 21 and cover! (PICK = JETS)

ARKANSAS @ ALABAMA (-30) – The Razorbacks are simply too big of dogs in this game. With the Razorbacks quarterback (Austin Allen) as doubtful for Saturday’s match-up, look for Arkansas to run the ball a lot. I believe that there will not be enough time to put up too many points against an in conference rival. The Razorbacks will lose, but will cover the spread. Final: 38 – 13 (PICK = ARKANSAS)

OHIO ST. @ NEBRASKA (+24) – Ohio State will finally be facing a decent defense. Not the Rutgers D and Army D that they have recently faced. Nebraska has had this home game highlighted on their schedule all season. I foresee this being a lower scoring affair than Ohio St. is most comfortable with. Look for this game to be a lot closer than most think with the Buckeyes pulling it out. Final: 28 – 20 (PICK = NEBRASKA)

KANSAS @ IOWA ST. (+20.5) – I took the Jayhawks in this particular game after the Cyclones incredible upset over Oklahoma in Week 6. I believe that the Cyclones will have a bit of a wining hangover and come out sluggish against a Kansas team that no one respects and tend to take lightly on a weekly basis. Kansas will come out fully prepared against this Iowa State team due to their recent success. Also, lets be honest; Iowa State is clearly a pretender when it comes to beating teams with a caliber like the Sooners. Iowa St. will win, but not cover Final: 42 – 27 (PICK = KANSAS)

***Remember, do your research! And as always, good luck and don’t be afraid to leave some comments and tell me what you think. Oh, and go DOGS this week!