Fantasy owners rejoice! The NFL season looks very promising despite the absence of the four weeks of preseason. Starting with some of the more notable off-season acquisitions, here are a few to keep in mind when beginning to compute your Fantasy Football Draft strategies. First, we can get the obvious one out of the way with Tom Brady (QB) heading south to Tampa Bay with Bruce Arians. Going down the line: DeAndre Hopkins (WR) to the Cardinals, Stefon Diggs (WR) to the Bills, and Emmanuel Sanders (WR) to the Saints; just to name a few. Here is a quick link to obtain your PPR cheat sheet, your welcome PPR CHEAT SHEET BY POSITION

Aside from the ever-growing Fantasy Football phenomena; let’s take a look at some of the Week 1 sports gambling strategies. According to Action Network, the point spread that is most “off” for NFL’s Week 1 is the Steelers @ Giants match-up. Currently, the line is 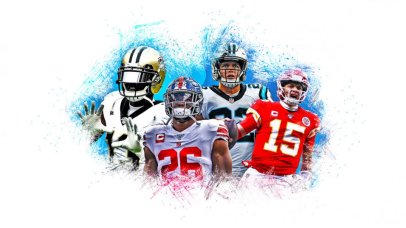 Steelers (-3.5); Action Network believes that this line should have the Steelers as a 6 point favorite, despite being road favorites. However, remember your rules… Over the past 10 Week 1’s of the NFL season, teams that are getting 3 or fewer points (UNDERDOGS) are actually winning 52% of those games! This is a money-line fanatic’s dream come true. “So you’re telling me that every team that is getting 3 or fewer points will be profitable on the money-line?!” I would respond with: “Yes, according to history you would be a profitable gambler in Week 1 without doing any real homework and/or number crunching.” Taking this a step further, teams with a worse previous year recorded win percentage in the opening week of the NFL favored quite well against their opponents. In fact, they win outright 43% of the time, and cover ATS 58% of the time. Please, do not fall victim to a teams’ last years successes or detriments.

To all, best of luck this fantasy season and take a look at the 2020 team and their dynamics and roster; not the 2019 version of them. To piggy back on this idea, once Week 2 of the NFL season comes along, do not fall in love with a teams’ Week 1 performance. There are 17 weeks in an NFL season; one week’s result will not uncovered a teams true identity as a whole for the remainder of the season.