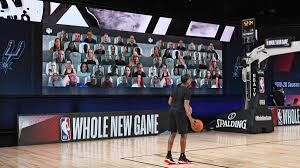 For better or for worse, sports are in full swing. Sure, basketball should have been wrapped up by now and baseball should have about 120 games under its belt. Nevertheless, these sports are trying during a time where there are no right answer’s. I cannot even begin to imagine the behind-the-scenes operations that are taking place among each of these respective leagues. In terms of sports gambling, obviously some of the typically do’s and dont’s of gambling differ in these unique forms of sports and their play. For instance, an obvious example includes a runner beginning on second base in the event of extra innings in baseball. This scenario may influence your decision(s) on how to make a play in these particular games.

Aside from the obvious adjustments that we have recently seen in sports, let’s take a look at some of the early trends that “altered-sports” have presented. In the MLB, with little to no Spring Training for players, an increase in injury has been a noticeable early trend. Three previous Cy Young Award winning pitchers are currently on IR (not related to COVID-19) Clayton Kershaw, Justin Verlander, and Corey Kluber. To make matters worse, the pitchers that are healthy are not pitching well. In fact, base-on-balls are up 8.9% in relation to last season. Okay, so what about the hitters? How are they doing compared to the 2019 campaign? Currently, hitters are batting at a .233 clip as a league. If this statistic holds true, it will be the lowest league batting average ever posted. However, home-runs continue to remain plentiful. According to their stats, it is apparent that our MLB athletes are not in prime “baseball” form. If we look at these trends and statistics through a sports gambling lens than we can compute that increased walks (base-runners) + increased home-runs = more total runs. Right? Hence, I highly recommend hammering those OVER’s while the lines are still relatively low/off. Speaking of poor defense, baseball is not the only major sport “in season” at the moment. We must certainly not forget about the NBA and its (surprisingly effective) bubble.

In the bubble, the NBA and its match-ups have been very cryptic in terms of where to put your money. Thus far, motivation has played the most influential determining factor of not only actually wins and losses, but gambling wins and losses as well. Even before arriving in Orlando, Florida some teams already have their playoff birth’s locked in. One would have to assume that a team fighting to be apart of the playoff picture would unconditionally put forth greater effort on the floor. Motivation alone can become quite the chess match for gamblers and even the average spectator for that matter. When you lump all of the other factors that go into a typical game it can become very frustrating and may even seem a bit random. For these reasons, I have shied away from NBA plays; at least for the time being, come playoffs: different story. If this information isn’t enough to shy you away, take into account that favorites in the bubble are 18-18-1 ATS (50%), and the game total sits at 19-17 O/U (53%). Point being, maybe the regular season bubble match-ups are too random to place any action on. I would recommend waiting until the playoffs are underway to begin risking your hard earned money.