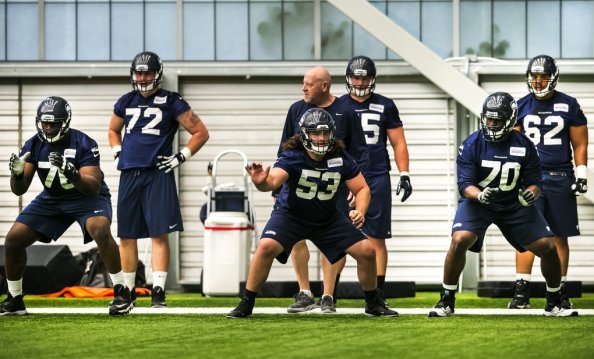 Teams around the NFL took to the turf for the first time as of late May. Interesting enough, around this time the Week 1 NFL betting lines were posted (as far as I had access to). If you are a NFL junky, like myself, you begin to get that “itch” right around this time to root on your favorite team for yet another season.

If you wish to start making your NFL plays for Week 1 in the near future, I would recommend taking a gooooood look at the DOGS! Why? Well for starters, who knows how teams are going to show out for the 2018-19 NFL season. You can listen to all the sports analyst that you desire, but one thing is for certain: No one truly knows how any given franchise is going to perform this upcoming season. With that being said, it may be a bit more difficult (in terms of covering) to gamble on games half way through the season. By this point, teams are beginning to establish their identities, the playoff picture is coming together, and we just know a lot more about the teams, in general, as the season progresses. Hence, maybe the lines are not as sharp for the start of Week 1; since not even the experts know how a team is going to perform right off the get-go. Even if that team had a hell of an off season as far as acquisitions and draft grades are concerned. You just never know. Think of the underdogs in Week 1 as having “free” points in the betting world. Sure, in later weeks the point spread is fairly more accurate and resembles more of a flip of a coin for sports gamblers. However, the Week 1 lines are skewed based on off-season and previous season perceptions; and we know how much that garbage actually means.

For example, no one could have foreseen how successful of a season that the Jacksonville Jaguars could have had in 2017. They even managed to make a trip to the AFC Championship. The Jaguars began the season on the road against the Houston Texans. The Texans were listed as a 5.5 point favorite against the Jags. Final score of the contest? Jaguars 29, Texans 7. How silly does this point spread seem looking back on it now?! It is never a bad idea to take the team getting a few points in Week 1 of the NFL season. Especially if they are HOME-DOGS!

Now for a few tips on the diamond… I will make this tip short and sweet. Mainly due to the fact that I have no evidence to support this theory, it is only a hunch. Any who, have you ever noticed that after an MLB team goes off the night before by hanging double digits on another squad, the very next day they come out flat by only putting up a run? If you haven’t, pay closer attention! In all seriousness, this ideology may works both ways. You see, if a team gets shut out on May 11th and comes out on May 12th, expect them to be swinging hot bats on that particular day. My biggest piece of evidence to support this theory only rests on the law of averages. If team A averages 4.8 runs a game and gets shut out, according to their average how many runs should they score next game? 8 to 9. Now, if team B has an earned run average (ERA) of 4.61 and throw a shutout the previous game, how many runs should they give up their next game? 9 to 10. Get it? Got it? Good!

***I would like to apologize for my recent absence. We will blame it on “good things take time.” As always, good luck on the rest of the MLB season and begin studying up on this upcoming NFL season!