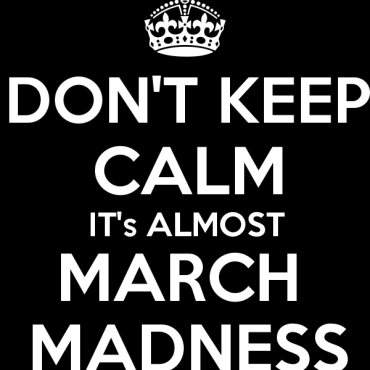 Today in the world is Championship Sunday. Many of you, including myself, are watching the NFL conference championships today. However, I am not writing to discuss these two match-ups today and night. No, rather I would like to shift your mind over to some NCAAB action. We are now in the heart of the 2018 NCAAB season. We are beginning to find out who is legit and who are perspiring into pretenders. Once college basketball teams get into the grit of their respective conferences’ season; you begin to learn a lot about a team’s identity and strengths/weaknesses.

With that being said, March Madness is less than 2 months away! I will be headed to Vegas this March to visit my father and spend a fair amount of time at the sports books. *(Suggestions on which sports book to visit would be much appreciated.)* Anyways, I am a huge college basketball connoisseur and label March as my favorite sporting month of the calendar year. I do not necessarily have a “favorite” team, it is just my favorite sport to watch, I suppose. I had a buddy a few years back who balled at Tulsa U. so I rooted for them for a bit. He is with the Suns organization now (Shaquille Harrison, shout out).

If you are like me, you have been held victim to those crappy years of busted brackets; with some good years along the way, I might add. We will get into March Madness and our brackets once the time inches closer. I only speak of it due to my annual excitement. Although March Madness is still in the distance, we can still become better “betters” to prepare for this coming March. Here a few tips to keep in mind when making your NCAAB plays. Note: these tips may be utilized come postseason time; but they are more accurate during regular season competition.

1. Use caution when taking teams that may be looking ahead in their seasons. For example, let’s use the scenario of teams in the Big East. Villanova has owned the Big East for the past few years now. With this being said, you may notice that teams who have Villanova scheduled the match-up after their current one may be “looking ahead.” Think of it this way. Every team in the country has 200% of fuel for every 2 games they play. If DePaul is playing St. John’s on Tuesday and Villanova that next Saturday; they may use 85% of their fuel for the St. John’s game and save 115% for the “big” Villanova game. I love taking teams getting points when I have a hunch that the favorite may be looking ahead

2. If you want to think of this next tip as the opposite of looking ahead, that would seem suitable. Think of the 200% effort for 2 games rule in this tip as well. Using the same scenario, but reverse: say DePaul played Villanova on Tuesday in a nail-biting loss (74-70), that same Saturday they match-up against St. John’s. How much of that 200% do you think that an average DePaul team used against one of the best teams in the country in Villanova? The answer is a lot! Hence, DePaul may only have 70% of their 200% left against St. John’s. That is not a winning equation in my book. With this being said; please, please, and please do not fall in love with a team who plays well against a really good team.

3. Next, this tip is more of a personal opinion for me and my gambling technique(s). When taking a look at the posted game lines. Try and steer away from those lines that hover around the 5.0 – 7.0 area. Why, you ask? Have you ever noticed that a lot of NCAAB games tend to end with one team continuously intentionally fouling to grab more possessions? I like to stay weary of these games because I do not want my plays to cover, and more importantly, not cover! due to garbage fouling time. You see it happen all too often.

One thought on “Not quite March…”